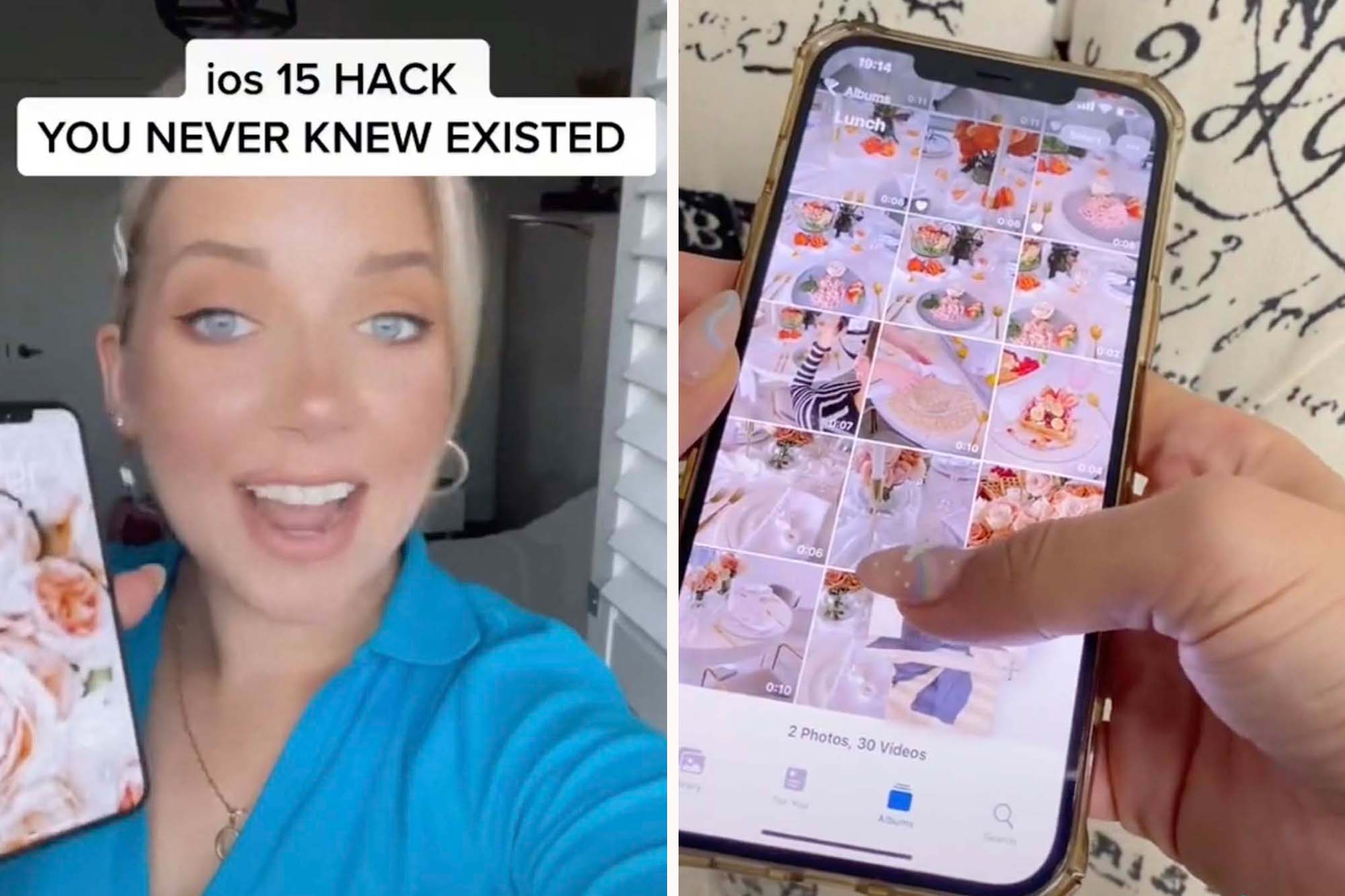 Apple’s iOS 15 software has been out for a while now but iPhone users are still discovering some of the cool tricks it has to offer.

This includes a useful photo trick that has been highlighted in a popular TikTok video.

Posted by @katamogz, the short clip demonstrates a drag and drop photo feature that lets you save images from Google really quickly.

The TikToker starts the video by stating: “iOS 15 hack you never knew existed.”

She then demonstrates a cool iOS 15 photo trick that lets you drag and drop pictures straight from Google Images into your Photos app.

The video shows @katamogz on her iPhone with Google Images open.

She has searched images of Kim Kardashian’s look at this year’s Met Gala.

She holds the image she wants down and drags it to the bottom right corner.

She then adds several more images to this pile by simply clicking on them.

The images need to held there with one finger and you can use another finger to swipe up and locate Photos.

Open Photos and make sure you’re on an album with a visible ‘plus’ symbol at the end.

Drag and drop your Google Images photos to the symbol and watch how they automatically save to your Photos app.

This bulk saving method is quicker than other ways of saving Google Image photos.

This story originally appeared on The Sun and has been reproduced here with permission.